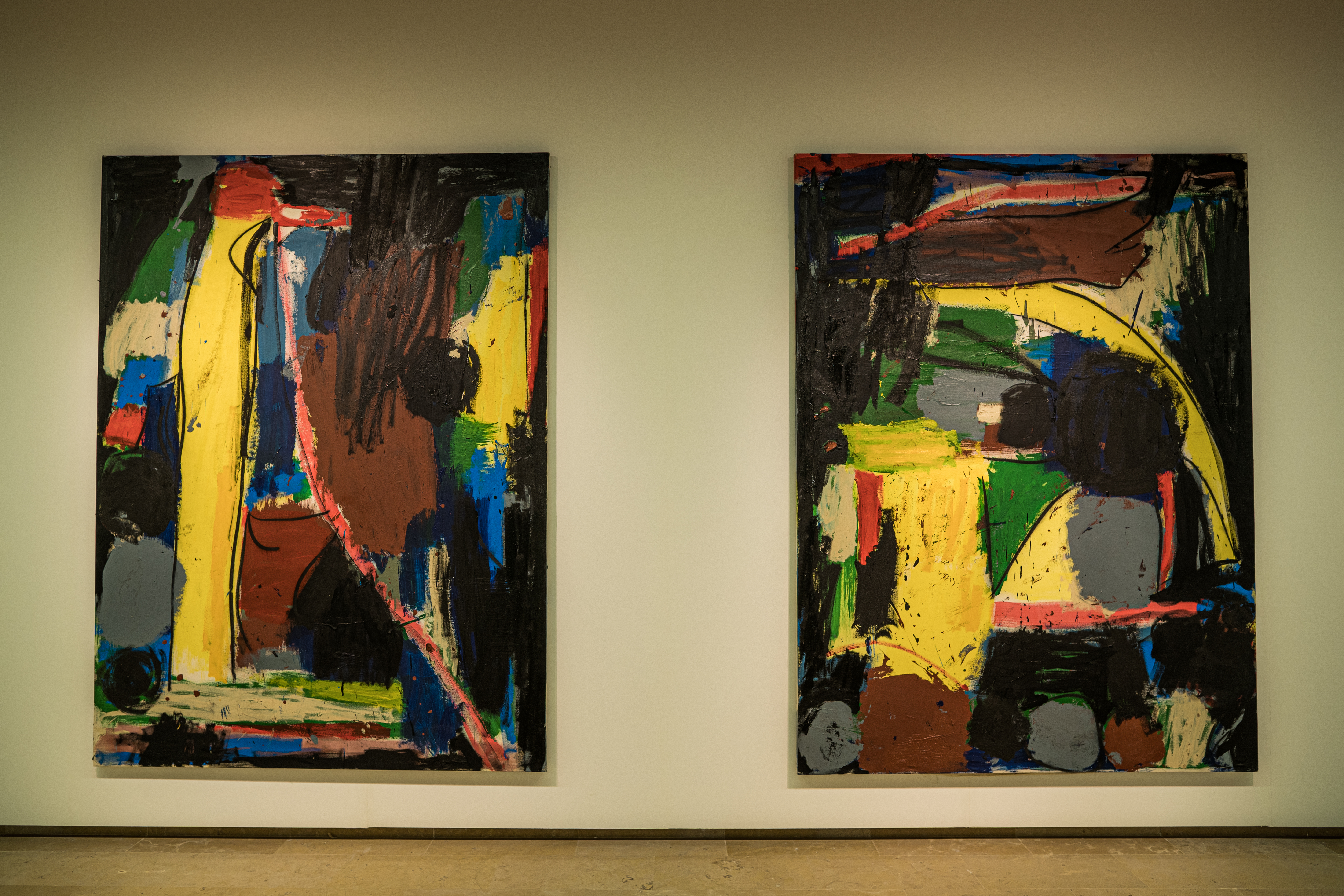 Un riu salvatge condenses the most important of Nelo Vinuesa's artistic and aesthetic pretensions because it puts freedom and chance first, on the one hand, and the game and its defining instructions, on the other, to achieve unexpected results unrelated to prior planning. In previous works or series, the use of the game was to complete a pattern devised in advance, where the pieces had to fit together in a precise way so that the whole acquired a concrete and defined aspect, like a board, for the implementation of the symbolic . In this case, the pieces do not exist in advance, but are shaped, growing or diminishing, adjusting to the limits of the next in any direction that, like that and like all of them, is not such a piece, but a form built with color and layers. overlapping. Or, also, the possibility of being a piece and of not being one, the contingency derived from a decision that is its affirmation and negation at the same time, but that in that drift finds the way to follow, its full meaning.
The formalization of this game without pieces, or pieces without previous forms, serves another purpose, the fundamental one in this case for Vinuesa: to reproduce the faces of a polyhedron that he calls river, riu salvatge, from a disparity of approaches that end delimiting a reflection in the mirror.
Because the pretense, perhaps unconscious, does not seem to be the representation of the river, but the conversion of the artist (and the practice of it) into a river, making it possible through a painting that seems to reproduce the blurred limits of the shore in the floods; the iridescent reflection of light in the water; the permissive assistance to the seasonal change that always comes more or less punctually; the arrival of night and its rhythm of sounds without tracks and colors little by little conquered by black; the overhead gaze of the flow, as well as the visual accompaniment of those who walk along its edges; the historical persistence, insistent, and here renewed, of the representation of nature in the history of painting.
TOUR 360 EXPOSITION NELO VINUESA